Nearly four centuries ago, a tiny village nestled in the Naliya grassland region of Kutch was sold for tera hazaar (thirteen thousand) koris (an ancient currency of Kachchh). It was an important port during that time and along with the other ports like Mandvi and Mundra, it contributed to much of the maritime trade between India and the Middle East, Africa and even the West. It was home to rich Hindu, Jain and Muslim merchants, who patronized the construction of beautiful havelis and marketplaces, temples and stepwells, tombs and mosques that adorn the streets.

This little village came to be known as Tera which means thirteen in Hindi.
Today, a walk through Tera reminds you of a once flourishing medieval town, retaining much of its symbolic power and grandeur in its architecture. The streets are straight and narrow, with an imposing fort wall dressed in stone known as the ‘Alampanah’. 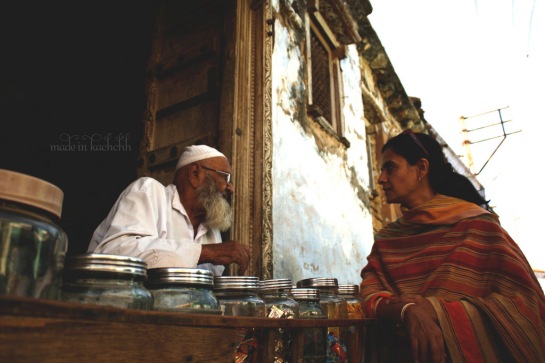 If you happen to catch the chatting villagers during their afternoon tea time, they will proudly tell you what is perhaps the most unique feature of their village. The manmade lakes. To the North-East of the village, along its periphery lies this fascinating example of traditional water management systems. They are called the Chhatasar, Sumarasar and Chatasar. 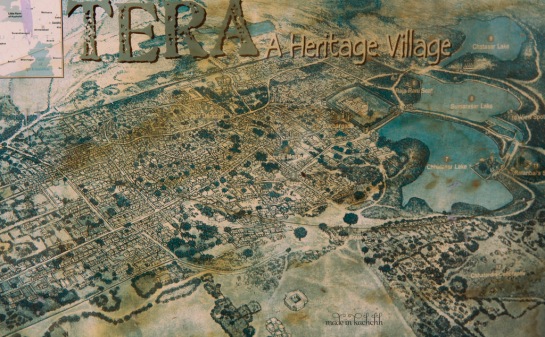 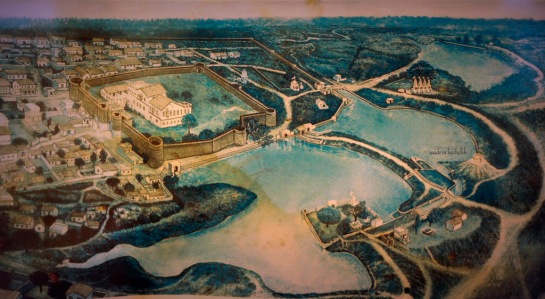 Rainwater collected from the hills about 15-20kms away is brought to the village through a small canal. It flows first into the Chhatasar whose banks are sealed against erosion and the bed against percolation. The water from this lake gets filtered through a wier on the opposite end and flows into the second lake, the Sumarasar. When this gets filled up, it automatically flows into the third, Chatasar and eventually into the river Tera. This interlinking and sequential filtering of rain-water is remarkable.
The use of the three lakes was segregated into bathing and washing clothes, for animals, for drinking and other needs respectively.

Imagine the engineering skills of these people back then!