Malakaka leaves behind a question for us ponder. Did we do enough? More importantly, did we do right?
—————————————————————————————————————
Wadha Mala Khamisa, or Malakaka as we all know him, passed away on 12th June, 2013. Most of us, the craft lovers, have either worked with him or met him at some point. We all feel a deep sense of loss at his death. His is a story about lost opportunities;  it is perhaps the story of the majority of our gifted and talented artisans.

He was one of the first from his community to have stepped into the world outside his village and Kachchh. I look at his passport – made many many years ago, when he was a young man with long hair and bright eyes. Born into a community that was essentially free and nomadic, he had a fierce independence and pride about him. His community was no longer nomadic though they continued to exist on the edge. They lived in binaries – being in the middle of the village but out of it, being Hindu but considered Muslim, being poor but extremely rich in craft skills (the only type practised in India), being uneducated but highly intelligent, receiving much but retaining nothing.

Malakaka lived and breathed his craft. He despaired when his children did not pursue it as seriously as he did. He travelled to cities for exhibitions. It had made him confident and open to new ideas. He was the first to support new initiatives. He was the most reasonable when it came to sticky issues but never compromised on price or quality. Everyone who came to Kutch searching for crafts ended up meeting him. Even the people in the Government bodies of handicrafts all knew him.

Despite a life that feels quite full, he remained a worried, unhappy man. His worries only increased with time. Like many members of his community, he had a long tryst with illness and doctors. One assumes a major part of what he earned went towards medical expenses. Life became an unending cycle of work-money-crisis-debt-work.  He was heartbroken by the waywardness of his children and gradually began losing hope. The last time he came to our office, three days before his death, he had cried, saying he was tired of life.

Long back when we had visited him with a group of foreigners who couldn’t stop praising his skills, he turned to me and said, “We have the talent, but not the luck. Our karma holds us back.” It was as if he knew that no matter what, his community would take a long time to overcome the burden of history.

Malakaka leaves behind a question for us ponder. Did we do enough? More importantly, did we do right? Speaking for ourselves, we were unable to strike the balance between welfare, charity and enablement of the community. This conflicting approach must have confused even Malakaka. In the end, it was easier for them to fall back on the few things that were certain – the seasonal tourists, advances against orders, and the occasional charity support from organisations and individuals. We were unable to create the possibilities for a different future during his time. 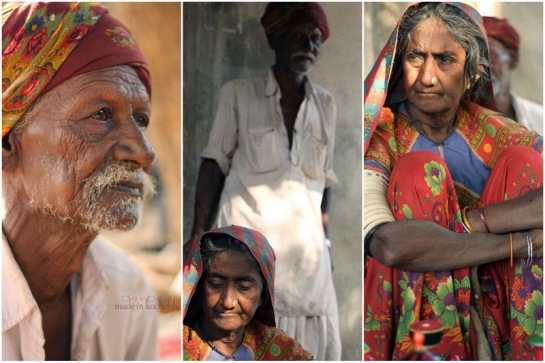 As we said our last good bye to Malakaka that afternoon, he looked like a defeated man who had left the world worrying for his family. His body was being taken for burial though technically the Wadhas are Hindus. Twelve days later, there would be a feast for the community in keeping with tradition.