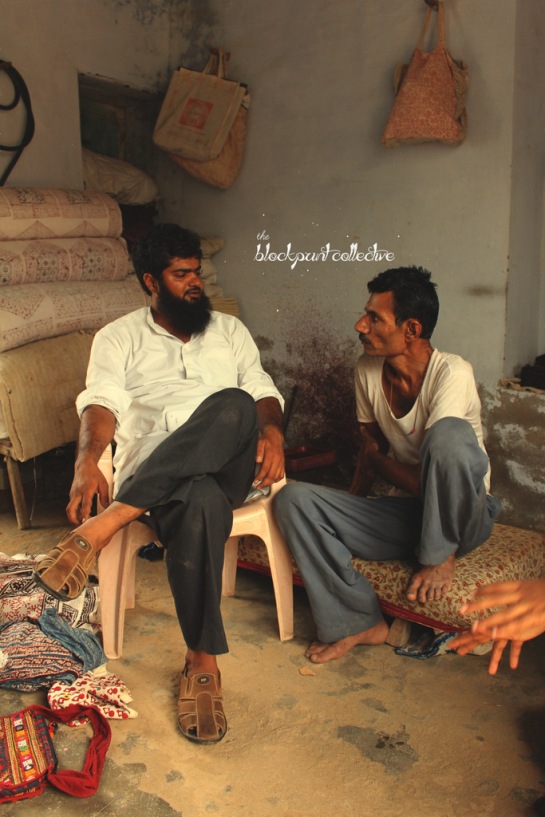 Abdul Rauf and Mansukh, both Khatris, both Blockprinters, but two men who could not be more contradictory.
Rauf, the businessmen. He knows about the value of his craft, he knows how to sell it, how to present it. He knows why it is important to preserve his craft.

And Mansook? He considers himself as a laborer, is working for the same customers since he started, the same pattern, the same cloth. He has never visited other Blockprinters, never came out of Bela and had never met Rauf…Until Now.

“So, what are you doing in Ajrakhpur?” asks Mansukh.

This is the first conversation between two worlds who are rooted in the same thing but couldn´t be more different. Who they are? What is their story?